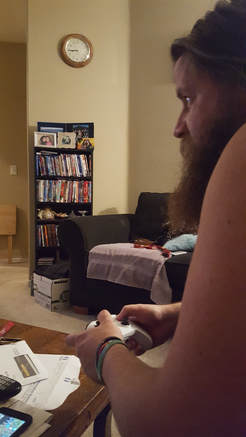 The holographic red dot is in focus, but the view is blurred by the adrenaline rushing to his head. Fingers at the ready. There's only one enemy left. He could come from either side.
​Ears strain desperately, listening for any sound — but the pounding of his heart drowns everything out.

Suddenly, a faint rustle of grass from the right.

The enemy location is betrayed.

Smoke is everywhere, but in his right peripheral he sees movement and the enemy. He spams that left click of the mouse. Bullets rain out, guttural sounds emanate from the falling body of the enemy with blood spraying everywhere.
​
The scene fades to gray.

​U.S. Army and Marine veteran Nick Paul just won a match in the popular video game, “PlayerUnknown’s Battlegrounds.” Paul, who lives in Phoenix, is one of more than 500,000 American veterans diagnosed with post-traumatic stress disorder. For him, video games are a form of therapy. 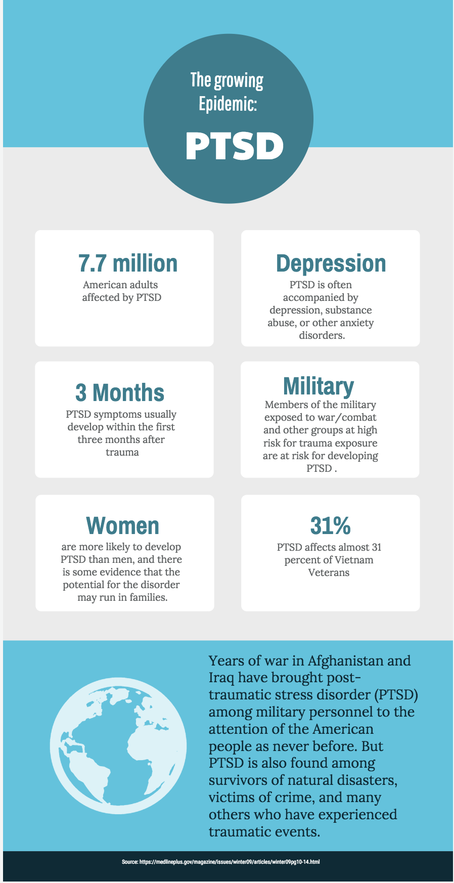 One of the newer therapeutic methods being implemented in controlled test groups around the country, the idea is that video games expose the patients to audio and visual stimuli related to a traumatic event in an effort to make them less threatening through repeated exposure in a safe environment (otherwise referred to as exposure therapy).

Veterans using video games as a means to cope is not a new concept.

The popular first-person-shooter “Call of Duty” video game franchise was originally released in 2003, the same year that Operation Iraqi Freedom got underway.

Veterans with PTSD from both Operations Iraqi Freedom and Enduring Freedom make up about 15 out of every 100 veterans, according to the U.S. Department of Veterans Affairs and the National Center for PTSD.

During deployment, thousands of service members played “Call of Duty” as a means to unwind.
Jason Keller, who lives in Glendale, served two tours in Iraq as part of Operation Iraqi Freedom. He was among the soldiers who played video games in their free time.

"We used ‘Call of Duty’ as an escape,” Keller said. “Funny how we escaped to a violent video game. I had my own XBOX and PlayStation over there, and we would just play for hours.”

Paul had a much different experience with the “Call of Duty” franchise. While he believes that certain games help him with his PTSD, a scene from the popular and visually realistic “Call of Duty 4: Modern Warfare” seemed to do more harm than good.

Paul explained that the scene from the game severely triggered his PTSD, and just wasn’t what he wanted to see or hear in that moment — illustrating the potential drawbacks of violent video games as a means to curb PTSD symptoms.

In 2007, the same year “Modern Warfare” was released, researchers realized that the popular game was being played by thousands of service members during and after their return from deployments, but further research was needed. This marked the beginning of substantial research wherein the Virtual Iraq project was launched. The simulation produced images and sounds delivered through a headset, and was created to treat Iraq War veterans suffering from PTSD.

The U.S. Department of Veterans Affairs focuses primarily on evidenced-based treatments for PTSD, according to an email from VA Public Affairs Officer Ndidi Mojay. As such, the VA does recognize studies conducted using virtual reality exposure therapy for the treatment of PTSD.

Anthony Peutz, a 37-year-old network engineer who lives in Yuma, served on board the USS Carl Vinson as an intelligence specialist and strike planning analyst who directly supported the initial incursion efforts into Afghanistan immediately following the events of 9/11.

"We were the first carrier group to initiate attacks against the Taliban after 9/11, and without going into detail, at the age of 21 I was doing things that most people will probably never experience the intensity of ever … in their entire life,” Peutz said.

Peutz, known in the online world as “OneKillQuota,” is a gamer and live-streamer for Microsoft XBOX's Mixer.com streaming platform. Games he plays frequently include the aforementioned “PlayerUnknown’s Battlegrounds” and “Tom Clancy's Rainbow Six Siege,” both considered violent, graphic video games.

The mechanics of exposure therapy is what interested Peutz.

"When a person experiences combat, their body is heightened into an extreme fight-flight mode,” he said. “We were trained to stick in that stuff and act within the training. So, when we get home, that smell, sound or visual would mechanically, behaviorally trigger that same body response."

Peutz believes that changing the stakes of the situation through video games can render a different response.
​
"So, in re-living it, but ensuring that we are safe and don't have to escalate to fight, they are effectively re-programming the body's response to it and that is effective,” he said.