Punching Through Parkinson's: How Boxing Training Can Curb Symptoms of the Disease

Although many people associate the sport of boxing with causing Parkinson's disease, those with Parkinson's who are learning to box have seen improved quality of life following their training regimens. Counterintuitive as it may seem, the violent sport can help arrest common symptoms through proper footwork and form, which can improve balance and gait. 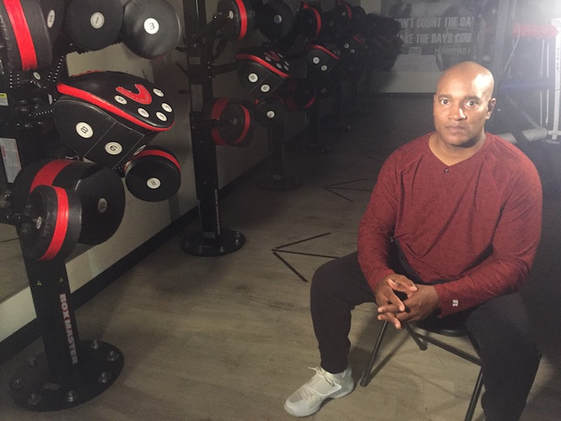 Boxing trainer Marty Barrett sits in his Scottsdale gym, 12th Round Fit Boxing, where he moved about a year ago to better accommodate individuals with Parkinson's disease. (Photo Credit: Ben Leibowitz)
A Phoenix-area boxing trainer trained with legends of the sport like Mike Tyson and Floyd Mayweather Jr. years ago. Now, he’s training people who are in the fight of their lives against an incurable disease.

A progressive, degenerative neurological disorder, Parkinson’s causes symptoms like tremors, as well as problems with balance and gait. The disease is more common in men, who are 1.5 times more likely to be diagnosed with Parkinson’s than women.

The sport of boxing is probably more closely associated with causing Parkinson’s disease, as many people link the disorder to boxing legend Muhammad Ali, who suffered from Parkinson’s until his death in 2016. The irony, however, is that training those suffering from it in the fundamentals of boxing strategy and proper form actually helps arrest individuals’ symptoms.

“That came about because of ego on my part,” Barrett said.

While training people at a previous gym location in Old Town Scottsdale, Barrett was asked by a woman who he estimated to be in her mid-70s if he could train a person with Parkinson’s. Barrett responded with a confident “yes,” despite not knowing much of the disorder outside of celebrities who suffered from it — such as actor Michael J. Fox.

“After that, I got online and looked up Parkinson’s and realized I had my work cut out for me,” Barrett said. 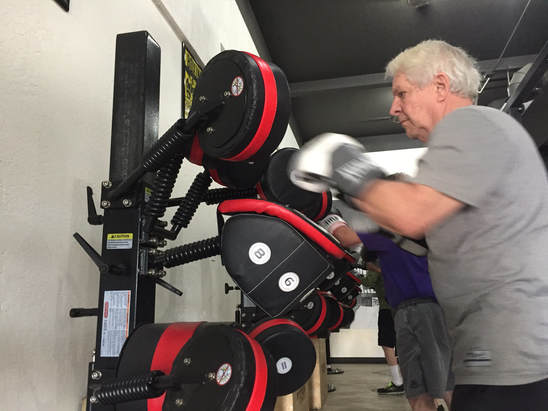 Robert Lane trains at Barrett's gym by punching a numbered boxing dummy. (Photo Credit: Ben Leibowitz)
The Phoenix native said he also started calling neurologists he knew, and those doctors echoed Barrett’s thoughts that training people with Parkinson’s disease in the art of boxing would be a challenge. But after training with titans of the sport like "Iron Mike," Barrett didn’t shy away from training people with far more physical limitations. About a month later, he began training the woman’s husband.

“Immediately, within two or three sessions, his wife was saying that she could see a difference in his walk,” Barrett said of the first person with Parkinson’s he trained to box.

Barrett and his new client were seeing results, but a doctor wasn’t convinced.

“One of his doctors said, ‘I don’t think you should box with him anymore. It’s probably a dangerous idea. He might fall,’” Barrett recalled.

Undeterred, Barrett asked the doctor to come watch a training session, and vowed that he could get the doctor’s patient to jog. The doctor responded with an ultimatum: If Barrett could deliver on his promise, he’d buy him any piece of equipment he wanted for the gym. If he didn’t, Barrett had to promise never to see his patient again.

When the doctor took time away from his practice to see his patient train, “He jogs about 15 yards, laughing and saying ‘look at me!’” Barrett recollected with a smile.

The doctor relented and even started sending more of his patients with Parkinson’s disease to train with Barrett. Today, at his new Parkinson’s-friendly gym (without stairs), Barrett actively trains about 40 Parkinson’s patients. Some come in once per week, others come in more frequently.

The secret to Barrett’s success in his mind is treating everyone like a fighter. Nobody gets special treatment in his gym.

While training under Barrett, Lane has noticed positive results such as less shaking and improved balance.

“That’s a key with Parkinson’s, and just getting old in general, is balance,” Lane said.

“The training helps me with my balance,” he said. “My balance is my worst issue with Parkinson’s.”

Interestingly, those who have decided to box as a means of curbing their Parkinson’s symptoms have full support from their doctors, despite Barrett’s first experience being one of skepticism and caution.

James said his neurologist thinks his boxing training is a great idea.

Harvey Karchmer, who was diagnosed with a slow-progressing form of Parkinson’s, is part of a clinical trial in San Francisco. He said his doctor out there is “very, very pro-boxing.”

Lane might still be getting the bulk of his exercise by walking on a treadmill instead of by boxing were it not for an endorsement from his doctor.

“My neurologist, who treats me for Parkinson’s, recommended that I look into this,” Lane said. “His view is that exercise like boxing, ballroom dancing, really helps coordination, memory, remembering commands, codes, balance — and I didn’t fancy being a ballroom dancer.”

According to a 2011 academic paper for the American Physical Therapy Association, patients displayed short- and long-term improvements in balance, gait and quality of life after undergoing a boxing training program, in spite of the progressive nature of Parkinson’s disease.

Boxing training has helped improve the quality of life for Lane, James, Karchmer and many others who’ve trained under Barrett. And while Parkinson’s disease remains incurable, improving people’s quality of life each day is what motivates Barrett.

“We’re not going to stop Parkinson’s,” he said. “We don’t perform any miracles. But we can mask some of the symptoms for a while.”

On the far back wall of 12th Round Fit is a canvas with a picture of Muhammad Ali and one of his many quotes. 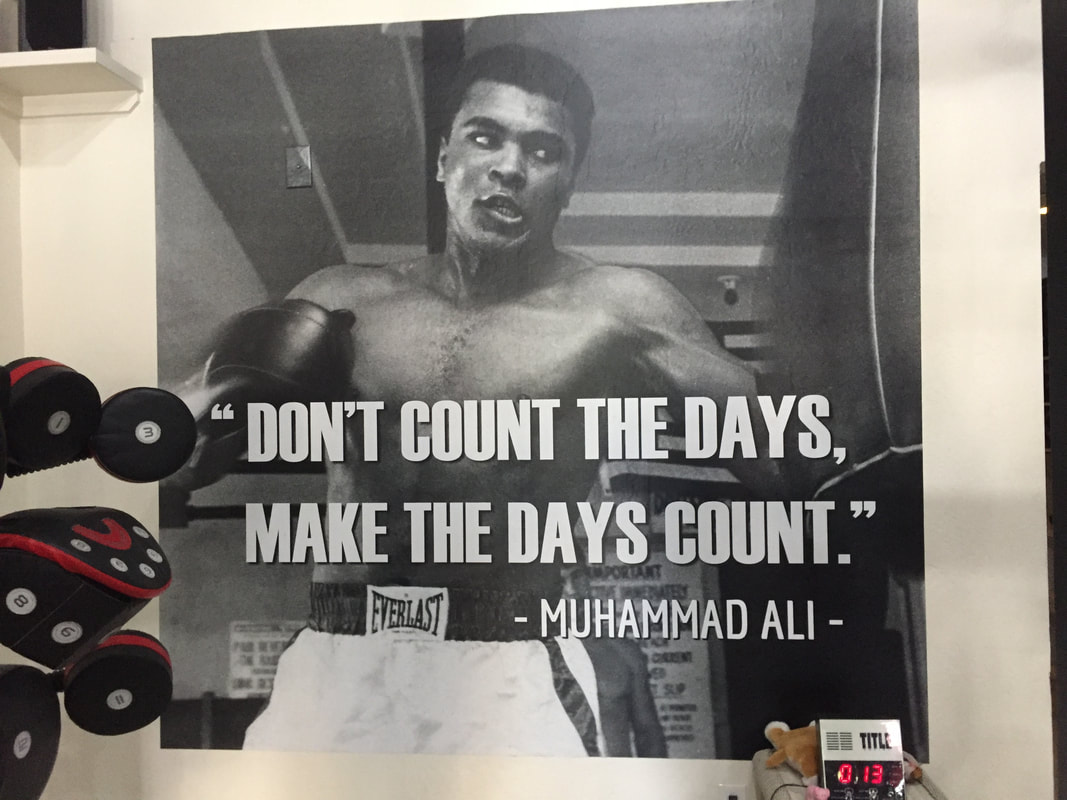